Imagine a person in Canada attending a Harrdy Sandhu concert in India virtually with thousands of fans from across the globe. No, we don’t mean being part of an online concert of the like we have all attended in these pandemic times. We are talking of virtual concerts in the Metaverse, which will be much more immersive than listening to a live video.

“The platforms already exist, we already have the artistes, we already have the hardware… we are just combining all of them and making sure this event is happening,” Litesh Gumber, founder of Cryptic Entertainments explains to indianexpress.com how a music concert in the Metaverse combines elements of Virtual reality (VR), NFTs and blockchain-based decentralised worlds. Gumber’s company organised India’s first Metaverse concert on Somnium Space VR with Sparsh Dangwal performing a recorded show attended by 25-30 people.

The platform owner/or organisers like Somnium Space VR can imagine how the concert would look…they will transport you to a beach, the moon, or some fantasy world. All you need to have is a VR headset, and once you are in, you will see a little cartoon(y) avatar of yours there who can talk to other people attending the concert, dance, and enjoy like you would in an in-person concert.

Gumber says the virtual experience mimics how a concert in the physical environment takes place, but this one is more immersive and there are no physical limitations on the number of people attending.

Interestingly, a virtual concept is more viable from a financial perspective as artistes and crew don’t need to travel and there is no need to set up costly sets for the same.

In the Metaverse, artistes can perform anywhere in the world as people attend their concerts from the comfort of their homes. While you may be wearing a VR headset and viewing the concert alone, you will still be interacting with others in the concert’s shared virtual space or through live chats during the performance. 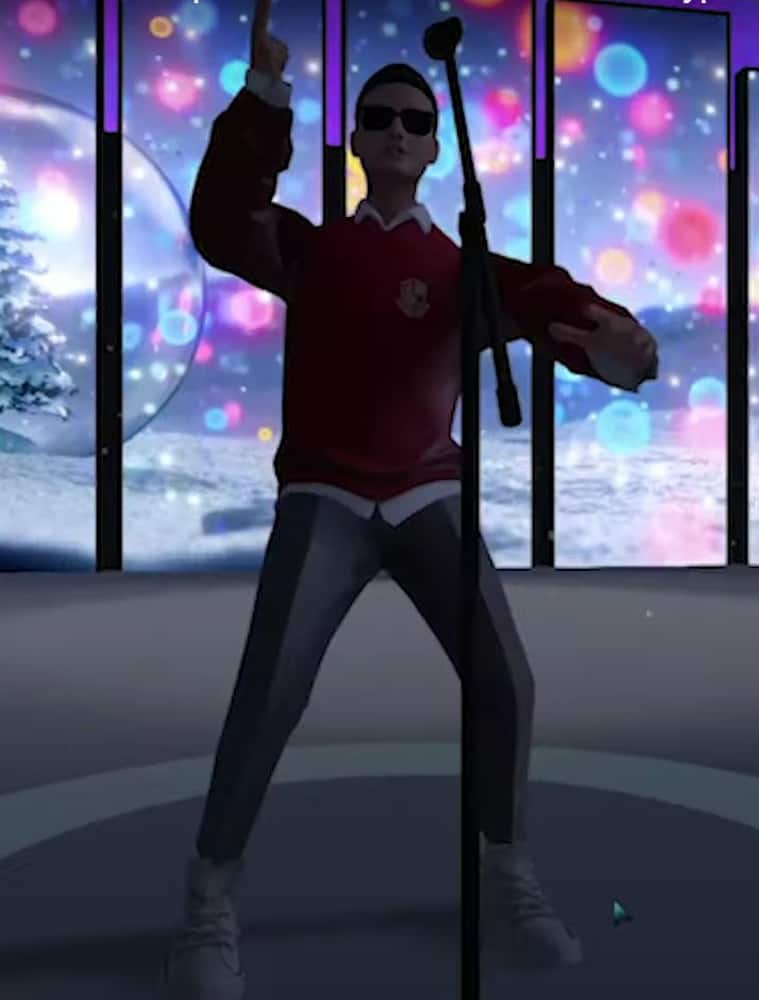 Is Metaverse the future of the music industry? (Image credit: Cryptic Entertainments)

These metaverse concerts make more sense at a time when smaller artistes and indie musicians are facing the burden of cancellation of shows due to the global pandemic. Even though music streaming platforms like Spotify have rescued the music industry, smaller artists are still finding the going tough. With virtual concerts, these artistes can earn again through ticket sales and NFTs. “For the initial period of time, we are not going to charge anything from any artist,” he said, adding that since there are fewer middlemen, the artistes benefit directly.

Although it is early to say what the future holds for the Metaverse, Gumber says he and his team at least have the proof of concept through India’s first virtual concert.

In the west, the music industry is already open to the idea of virtual concerts in the Metaverse. Big artists like Marshmello, Travis Scott, and Ariana Grande have all performed in virtual concerts because there is money to be made. 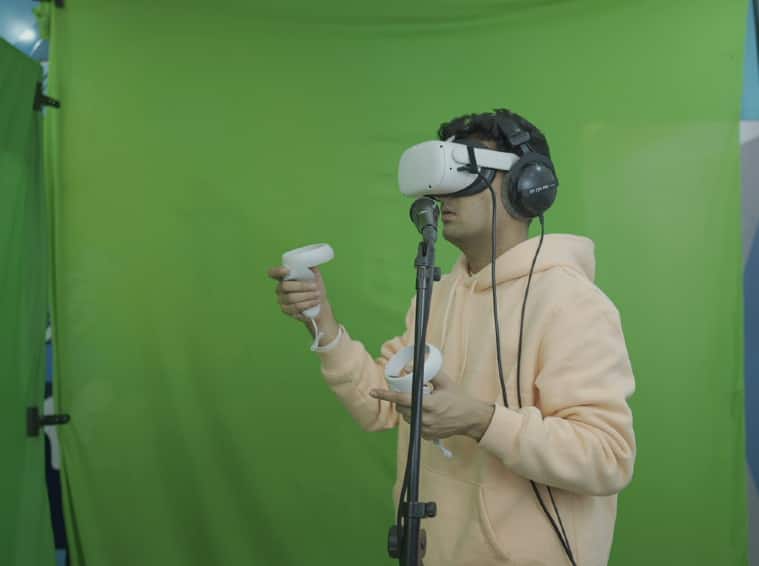 Live events in a virtual space could be the next big thing. (Image credit: Cryptic Entertainments)

More importantly, the metaverse gives musicians a sense of community ownership, a decentralised approach where there is no particular entity dictating terms. In the context of the music industry, Metaverse is audio/visual art, community-created 3D worlds, the right to own and sell digital items and property (or NFTs), Avatars, digital merch, and fashion. “In NFTs, those who were early were the ones who benefited a lot,” reminds Gumber, underlining how he expects a similar growth trajectory for first movers here too.

Initially, with the focus on getting users to test the format, Gumber says tickets will be free. “You either listen to your favorite artistes free of cost, or have a ticketing system where people buy NFTs as tickets and link their meta mask wallet with the platform,” Gumber says. “A fully sponsored event is also possible.”

The cost of VR headsets now is a hurdle for the concept to take off at the moment along with the persisting issues with internet connectivity in India. “We did this whole concert in the metaverse, and it was a difficult task to pull it off,” Gumber says about his first gig. “Not only is the technology at a nascent stage, but users also need to have a high-performance PC, high-quality VR headset and a stable internet connection,” he added.

And both hardware and software need to sync perfectly. “Right now, the majority of the development is being done to make sure that the VR experience is similar to the real-life experience…the more they are able to solve this problem, the higher the chances the communities will come and actually spend a lot of money on these virtual concerts,” he explains.

To make the transition easier for artistes, Gumber is setting up a metaverse studio in Mohali, Punjab, complete with a professional setup. “Artists need to come to the studio, wear a VR headset, and perform,” he says, adding that the setup was a regular studio before.

“As of now, the community is small, so whosoever is coming in the metaverse are the ones who are early adopters, tech enthusiasts, or someone from the crypto industry.” Still, Gumber plans to hold another experimental concert in the coming days. This time, the concert will be performed live with a six-piece band.