Innovating to help customers keep their jobs through the pandemic has put event production company EideCom on a path to double its business next year.

The pandemic’s onset “was the scariest moment of my life,” founder and CEO Charles Eide said, as the live event industry shut down and millions of dollars of future EideCom contracts evaporated.

Rather than panic or ignore the threat, Eide quickly acted on a mentor’s advice, planning for six months of zero revenue, which included laying off a small number of employees. EideCom next contacted event managers that had been clients, asking how to help them avoid getting fired and continue communicating with their employees even in the absence of in-person events.

“Instead of trying to sit and lick our own wounds, we took a proactive approach with every single customer we had ever done business with,” Eide said. “We said to them, ‘You have got to be feeling the effect of this. What do you need from us? And how do we help you get through this?'” 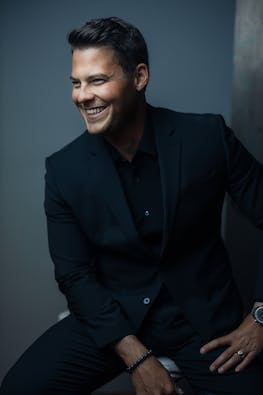 Then, EideCom added streaming capabilities and other features to software from a previous company of Eide’s. It began offering a new product, SecondStage, as an online platform for virtual events, with pre-recorded or live-streamed content. Work on SecondStage began in April 2020, and it produced its first virtual event in October 2020.

That effort is paying off in multiple ways for EideCom, which has produced live events from the Minnesota Vikings draft parties to a Knights of Columbus program at World Youth Day in 2016 in Poland where the thousands of attendees included Pope Francis.

Now, the company is moving this month into new, larger headquarters. Existing customers have come back strong and new ones, whose event partners shrank or disappeared, are signing up, Eide said. It’s also branching out to offer hybrid events, with in-person programs broadcast to remote audiences.

“If the pandemic had not happened, we would not be where we are today,” Eide said. “The outlook for EideCom and SecondStage has never been this good.”

EideCom, founded in 2003, is building a multimillion-dollar headquarters in Brooklyn Park, a mile from its current home. The new space, including a fitness center and locker rooms, a cafe, studio and warehouse, is more than triple the size of the company’s existing offices. It’s in a large industrial building facing Highway 169.

“I always dreamed of having our own sign on the side of the road,” Eide said.

Eide also expects the company to grow from 22 employees to roughly 40 by the end of 2022.

What eventually would become Eide’s career in event production began with his early fascination with audio-visual gear and affinity for Radio Shack. After attending corporate training sessions his mother conducted around the Twin Cities, he began bringing along his dad’s stereo so those in the back of the room could hear.

Within a few years, Eide and Mike Danielson — his best friend, next-door neighbor and business partner in EideCom and SecondStage — began producing events for the University of St. Thomas. Danielson was a St Thomas student while Eide “decided college wasn’t really a good use of my time” when he already was busy working, making money and paying rent.

“We weren’t governed by a profit-and-loss statement,” Eide said. “We were led by passion and excitement to make really amazing experience happen for people. I think a lot of our early customers saw that in us and that’s where we sit today.”

EideCom has become one of the bigger players nationally in producing large corporate conferences, Eide said. The company has done shows with budgets from $20,000 to $2 million, while its sweet spot is between $100,000 and $1 million.

Eide serves as the company’s “visionary,” projecting “what needs to happen and where we need to go.” Danielson, EideCom’s chief financial officer, is the company’s integrator, “who’s great at taking my crazy ideas and kind of bringing them back to Earth,” Eide said.

Coley Wright, manager of enterprise events and strategic engagement at Blue Cross and Blue Shield of Minnesota, said the organization has used EideCom exclusively since mid-2018 to produce live production, town halls, board meetings and events for up to 1,600 attendees.

When the pandemic forced Blue Cross to cancel its largest customer event three weeks before it was to take place, “we immediately decided to buy into their SecondStage platform.”

“Everybody can do production, but not everybody can do it well,” Wright said. “EideCom does it very well, and they continue to look for ways to see the client succeed in ways that maybe you haven’t even thought of before. Their job is to make you shine.”

AmazeVR gets another $15M to forge the future of immersive concerts